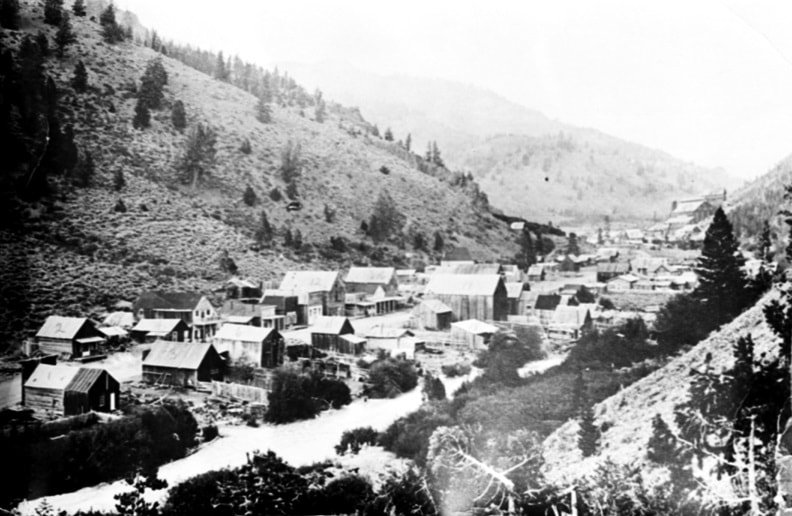 In 1876, prospectors searching the mountainsides along the Yankee Fork River came upon a rich vein of ore that had been exposed by snowslides. General George Armstrong Custer had been killed in the battle at Little Bighorn, Montana the same year, so the miners decided to name this discovery the General Custer Mine. In 1879, Sammy Holman formed the town of Custer along a half-mile stretch of the Yankee Fork. Men, predominately European immigrants, filtered into the mountains to try their hand at striking it rich and working for the gold and silver mines in the valley. Eventually more women and children joined the community. With the establishment of a toll road connecting Custer to Challis, the General Custer Mill opened in 1880 and processed ore from the Lucky Boy, Black, and General Custer mines on Custer Mountain. Custer became the center of mining in the district, and reached a peak population of over 600 citizens by the mid-1890s. The town had a Miners' Union Hall where social activities were hosted, a jail, schoolhouse, blacksmith shops, hotels and boarding houses, saloons, a livery stable, and even a furniture shop. For thirty years, Custer was the hub of activity along the Yankee Fork River, but in 1904 the mines and General Custer Mill closed down. Within 5 years, the town’s businesses closed, its residents moved away, and Custer became a ghost town.